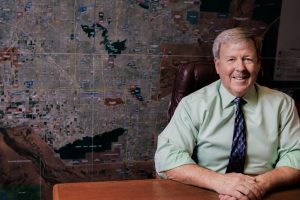 Greg Faris’ banking knowledge spans over 35 years including both regulatory and private practice experience. Understanding the economic and regulatory cycles of the 1970s, 1980s, 1990s, and 2000 provides insight into the regulatory decision-making process and the extent of the changes in banking. This knowledge assists in developing new risk management strategies, market research, and strategic planning designed specifically for each client. Mr. Faris has constructed over 23 de-novo bank applications throughout the western United States. He is currently working on two de-novo bank applications encompassing the new regulatory requirements. This current and past experience provides a unique insight into regulatory filings and requirements.

Mr. Faris began his professional career as a bank examiner in Ohio, quickly being promoted to senior bank examiner. He taught other examiners through the Conference of State Bank Supervisors, (CSBS, the professional organization of all state regulators) for several years. Moving to Arizona in 1983, Mr. Faris was retained by the Arizona Department of Financial Institutions as a senior bank examiner. In both Ohio and Arizona, Mr. Faris was responsible for reviewing all loans, overseeing the examination process and communicating all findings to both the board and other regulatory agencies.

In 1990, Mr. Faris joined Souders and Associates as an associate. Mr. Faris was responsible for reviewing and analyzing client banks’ monthly financial/regulatory condition. This included asset/liability management, loan quality, income streams and regulatory compliance. Client banks were all under $100 million in total assets a number of which were small community banks. Mr. Faris was also involved in the strategic planning for these institutions.